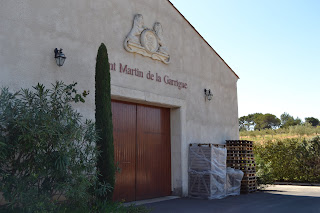 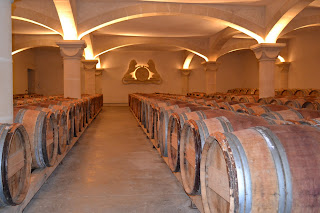 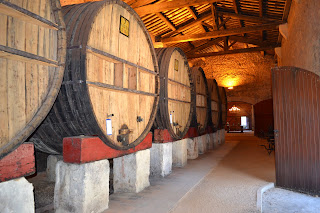 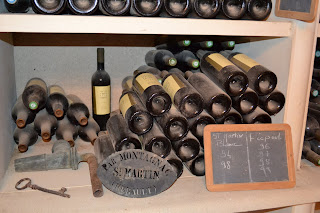 We decided to have a relaxing Saturday this weekend and went to the little town of Pezenas on Sunday while waiting for Tracie (Andrew's sister) and two boys - Koby (12) and Eli (8) to arrive on the TGV train from Boston via Barcelona at 9:00 pm - we were very excited for them to arrive!!!  Andrew, Adam and I also had tickets to attend the Montpellier Handball match at 5:30.

Pezenas was a very sweet little town consisting of many used bookstores, antique shops, quaint stores selling such things as incense, soaps, spices etc...  One of the most interesting shops for the kids was the medievil weapons store which was not open on Sundays. We had fun peaking in the window though!  The other favorite stop was the Glaces shop (see above) which sold gelatto (the owner is Italian) in the shape of flowers - very pretty and delish!

Another point of interest was the Jewish Ghetto consisting of many narrow streets and tall walls creating an erie feeling of enclosure when walking through the lanes.

Pezenas served as the seat of the local government in the 16th and 17th centuries and played host to many musicians and actors throughout the years, including Moliere, a playwright and actor from Paris:
http://www.imagi-nation.com/moonstruck/clsc35.html.

We enjoyed walking through the streets, admiring  more outdoor cafes and brasseries and, as a bonus, we stumbled upon a large flea market taking place on the edge of town.  Most of the wares that people were selling were, just as at garage sales back at home - junk, however, we did buy a nice copper pot, a cheese tray made of local winery wine corks, an Asterix book (well known comic book character), and Emma/Adam decided to spend their money on a couple of Pokemon figures (is Pokemon making a come back???)

At some point, our cell phones began beeping alerting us that we had voice mail messages - Nathan figured out how to access the messages (since the instructions for accessing messages is in french, we hadn't figured that out yet) and discovered that it was Tracie calling to let us know that they would be arriving 4 hours early!  They had boarded an early train from Barcelona and were to arrive at Gare St. Roch train station at 5:07 - we headed for home so I could very quickly finish getting the house ready for visitors.  By the time we got home, we had 40 min. before catching the tram to the train to pick up the Burns/Giletti crew.  The train ended up being 15 min. later than scheduled but we found T and the boys with no problem and hugs and kisses were spread all around - it was good to have some more familiar faces with us!

Andrew and Adam ended up taking Koby to the handball match which, I think, he enjoyed (it was too busy, I don't remember asking him!) while Emma, Nathan and I showed Tracie and Eli around our little home away from home.  The rest of Sunday was spent catching up, playing, and plotting the rest of their visit.
Posted by La Famille Burns at 1:40 PM