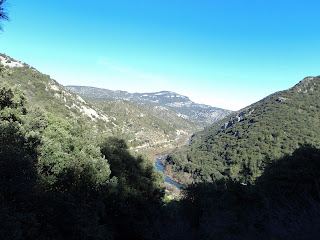 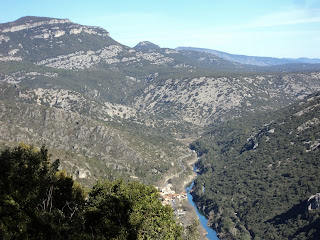 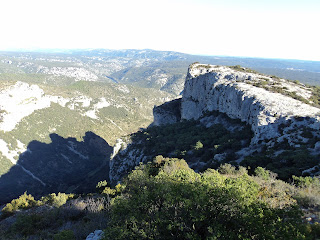 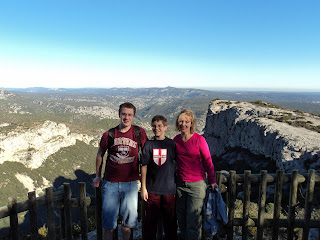 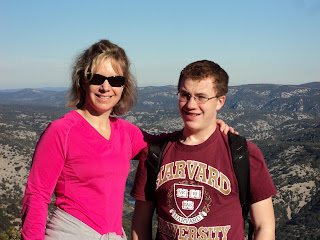 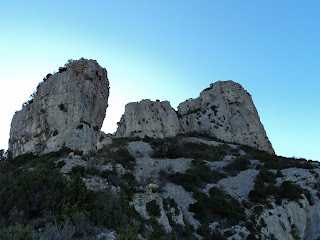 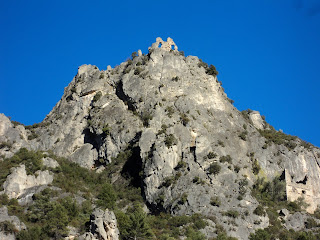 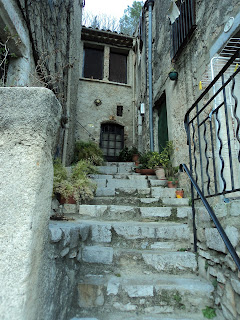 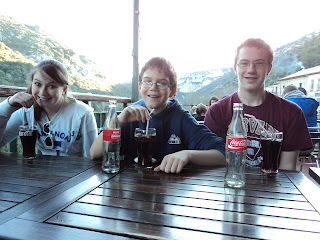 Veronique (Andy's boss) invited us to take this little jaunt into the wilderness with her, her husband Phillipe, their friends Gerard and his wife (I never caught her name) and another visiting researcher from French Ghana who is here for 3 weeks, Jean Charlie. All but Jean Charlie are avid hikers and former rock climbers so we were definitely in the company of seasoned fitness folks!

In my 20's I impressed Andy with a hike up the Smokey Mountains (he was pretty impressed and I was stupid and ultimately very sore!), in my 30's and early 40's I have hiked around Cuyahoga Falls, Cook Forest Pennsylvania and North Canton, Ohio :) - I have done many miles on the Arc Trainer at the Y and probably several miles on a treadmill.  I have never, in my entire life, been on a hike like the one we were on today!  The journey was difficult, exhilerating, exhausting, amazing, beautiful, unbelievable, interesting, historic, educational and in the end -- FABULOUS!  I give the kids the most credit as they had absolutely no idea what they were getting into when they agreed to go - they were true troopers with very little complaining In fact, the only question I heard from any of them was "are we ever going to go down??" to which Veronique very intelligently replied "well, look up there, it's only sky, we can't go much further up" - and we proceeded to walk "UP" another 30 minutes!

The terrain consisted of various areas of multiple sized rocks, stone, dirt, pine needles and amazingly even some pavement.  Philippe was right when he said that the first part would be steep - the kids flew up the mountain during this part, I on the other hand, had to stop several times to catch my breath and stop my leg muscles from shaking (Sharon and Katie - kind of like after doing 100 squats) - Andrew was very kind and stayed back with me while the others were very sweet and apologized for going too fast and waited for us.  By the time we hit the lunch spot I was ready for food!  We had packed sandwiches, apples, clementines,water, chocolate bars and yes, the brie cheese.  THEY packed several baguetts, several french cheeses, lettuce, rice, litchie fruit (sp?), oranges from the garden, apples,  little tiny dense sausages (I forget the name of them), coffee and water.  We shared everything and enjoyed the amazing view from almost the top of the mountain. Poor Adam dropped his apple in the rocks and looked pretty depressed about it until we said that we had more!From the area that we were lunching in we could see, in the far distance,the Pyranees mountains and the Mediterranean - it was the most beautiful dining room I've ever eaten in.

While we were walking, everyone told us stories about what we were seeing - the castle in the photo above, the Rosemary, Thyme and Lavendar growing wild all along the trail - huge bushes of all. The story of Guillaume of Aquitaine who moved to the area and lived as a hermit in the 9th century is very cool - look it up though, I can't remember all of the details except that he was given a piece of the True Cross which is now encased in a beautiful cross which is displayed in the Monastary in the village that Guillaume (ultimately "Saint") built and where monks still live today.

I did not try to take my new camera on the hike, I knew that it would be too much to carry so we used the other family cameras, Nathan's, Andy's, and Emma's IPod touch - No pictures though, could do this scenery justice, it's just something that you have to experience yourself and I'm so glad that my lungs and legs allowed me to make the long difficult trek!