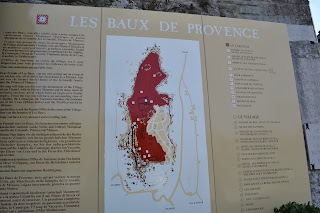 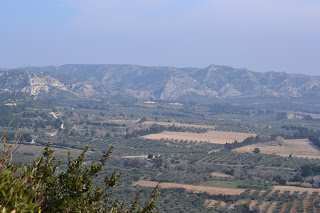 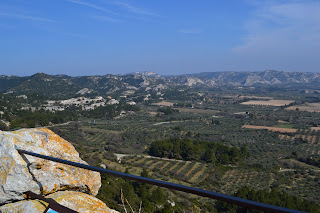 This was the first of two weeks that the students in France have vacation for winter break - our kids, on the other hand, were working diligently on their Hoover homework!  On Wednesday evening, our favorite relocation angel, Marie, arranged for several families (from Chicago, San Diego and Costa Rica), including ours, to go bowling.  Bowling in France, suprisingly, is just like bowling in the U.S. with the exception that it costs about twice as much - 5.50 euros per person per game --- so we only played one game but had a nice time and enjoyed the company of fellow english speakers - I really don't know where we'd be without Marie!

Friday night we relaxed and watched The Hulk movie that we found at the bookstore for 3 euros -- we figured out why it was so cheap about 1/2 way through - Andy and I agreed that the weekly T.V. series from the 70's/80's was much better - Bill Bixby and Lou Ferrigno were great in comparison!

Saturday morning we were up and outa the house by 10:15 or so and headed for the Arles Market again - we like that market!!!  We were in search of fresh spices/herbs which are readily available there.  We were able to have a nice chat with the herb lady and purchased fresh curry, a pizza spice mix, and more herbs de provence.  We also left the market with a new bottle of olive oil, some olives, apples, croissants (10 for 2 euros!).  Adam was looking for a watch but the watch guy who Andrew purchased his watch from a few weeks ago wasn't there - we will look again in a couple of weeks.

After the market, which the kids were thrilled to walk around (NOT!), we headed for Les Baux De Provence, an area that Andrew and I drove through/around a few weeks ago when we had our Saturday out without the kids and were in search of the wineries.  Les Baux is named for the Bauxite that was found all around, and mined, in this area for years.  The Bauxite now, however, is almost gone and France has been importing it (I have no idea what one does with Bauxite - that's a question for Andrew!).  The rock formations are truly amazing and known as the Val d'Enfer (Infernal Valley)

Les Baux de Provence is home to another deserted Citadel. The ruined castle and old houses overlook the Invernal Valley as you can see in some of the photographs above (more on Facebook!).  According to our handy dandy tourism book: "In the Middle ages Les Baux was home to powerful feudal lords, who claimed descent from the Magus Balthazar.  it was the most famous of the Provencal Cours d'amour, at which troubadours sang the praises of high-born ladies."    Louis XIII ordered the destruction of Les Baux in 1632.  The areas that were once used as homes for families were interesting and complete with seating areas, places where various household items hung and we saw evidence of where ropes were once used to pull buckets of water up with pullies to supply water to the people who lived there.  The audio tours for the citadels, walled cities etc... that we are touring are packed full of information about, not only the particular building or city, but the area surrounding them as well.  It would be nice to find an audio or video to bring home and watch or listen to later when there aren't so many distractions.

We treated the kids to some cookies at a very sweet shop in the village before heading home for the day.
Of course it's hard for us to just "go home" so, after getting turned around a couple of times, we found our way back to the road where we noticed a few wineries along the road!  We only stopped at one - Chateau BeauBois (beautiful woods) . As we drove up the loooong driveway a couple of dogs greeted us with their welcoming barks which also serve as the alert to the owners that some folks are there to taste some vin!

The first person we saw come around the corner was little Victor who is two years old and soooo adorable - he looked at us and smiled, then ran back to where he came from and onto his papa's leg where he clung until he was comfortable with us.  Victor's papa (we didn't catch his name) spoke some English, poured the wine, talked about the vineyard, answered our questions and gave us a tour of their 110 year old winery.  This vineyard has been in his wife's family for four generations,  His wife and her brother (Fanny and Francois Boyer) are the fourth generation of winegrowers to run the vineyard.  We liked the wine, bought a bottle, and Andrew wowed Victor's papa so much that he was given a nice wooden box with "Chateau BeauBois" engraved on it as a gesture to maintain the France-American wine relations :)  yea us!

What do the kids do while we are in these wineries drinking you ask????  Usually, they sit in the car - they are invited in - Nathan comes occasionally, but Emma and Adam choose to stay seated and comfortable and don't complain about it.

We came home, I fell asleep on the couch and Andrew cooked dinner while the kids loaded pictures of our days events to their facebook pages.  We rested up for Sunday's trip to Sete.
Posted by La Famille Burns at 3:03 PM